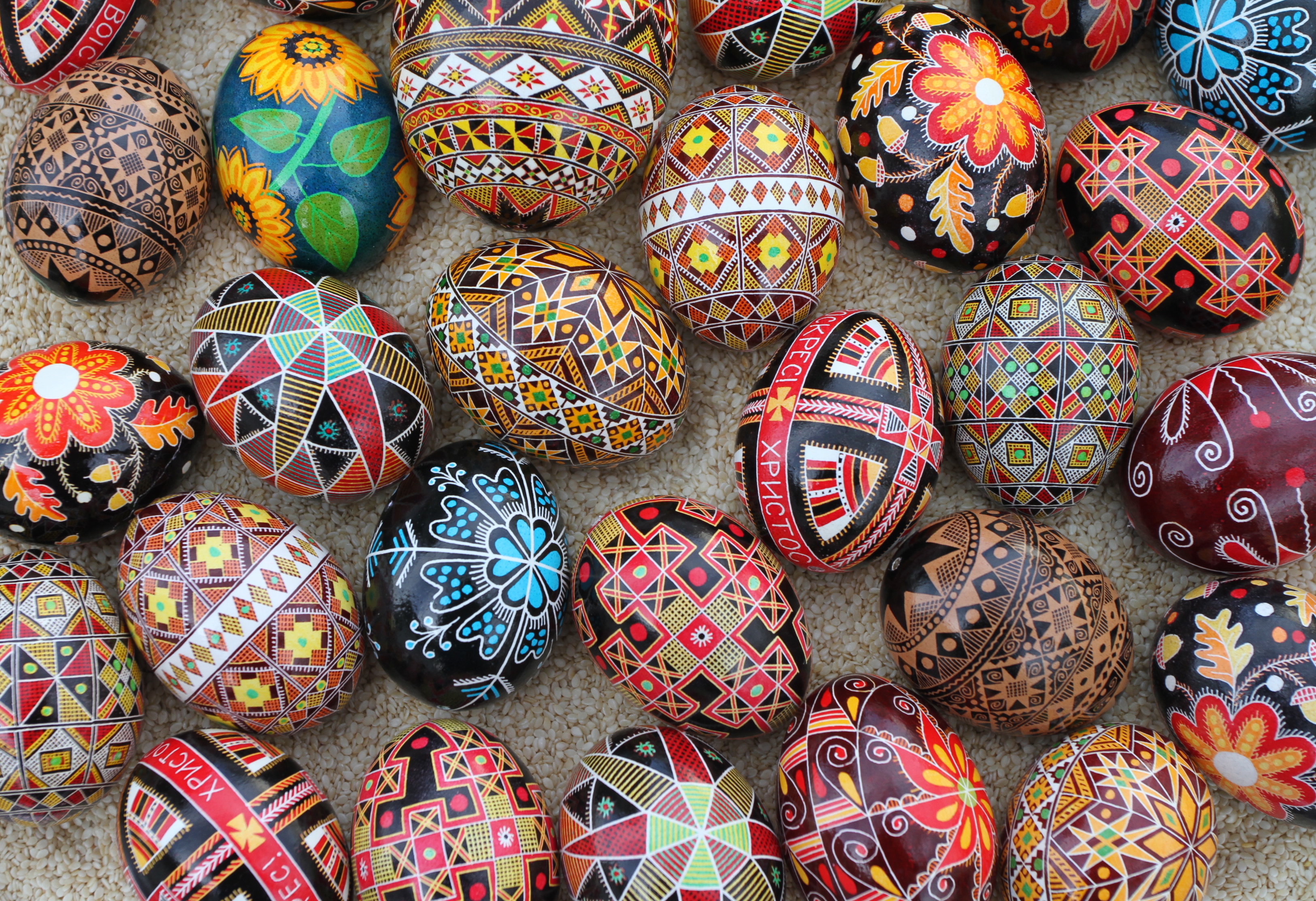 The Art Of Pysanky 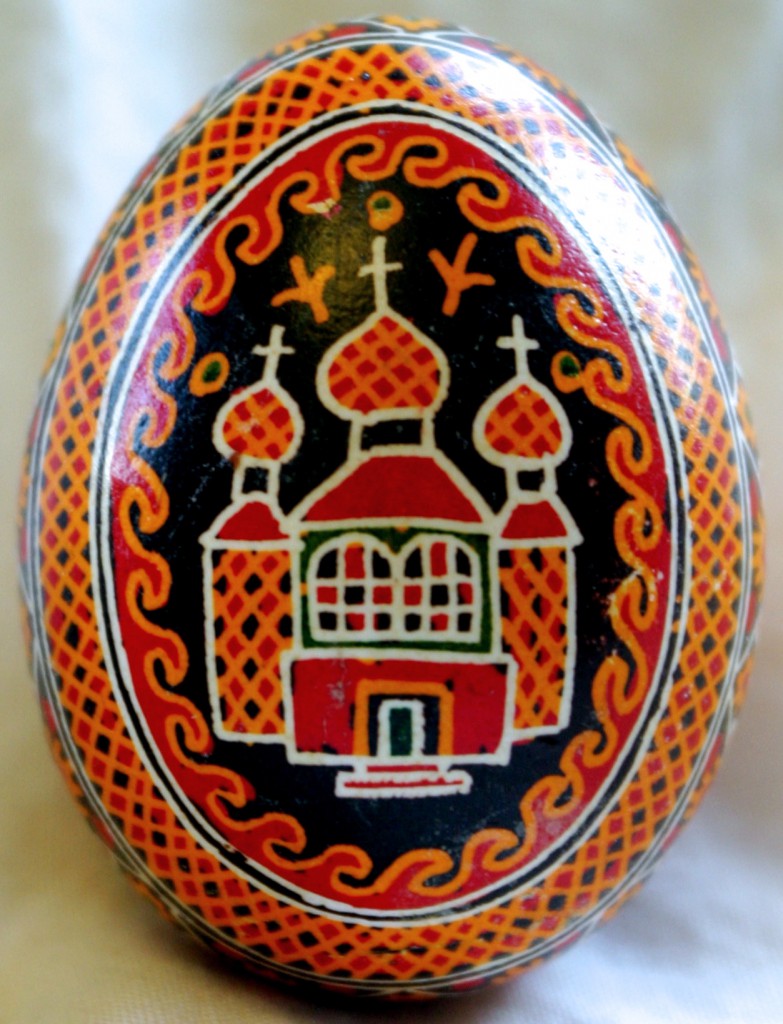 Where did the Easter egg originate? The tradition of decorating eggs dates back to the pre-Christian era and is rooted in Eastern European history, more specifically, the Ukraine. Pysanky is the art of decorating raw eggs of various fowl with geometric patterns using a wax resist technique or batik. The designs are drawn in beeswax with a stylus called a kistka and then dipped into a colored dye and then repeated over and over to create these beautifully intricate and delicate works of art. The kistka was made by using a nail attached to a tiny funnel and wrapped with copper wire, securing it to a wooden handle. A small chunk of beeswax was put into the top of the funnel. Then they would hold the tip of the nail over a candle flame to melt the wax and it would flow down to the tip of the nail allowing it to be used like a writing tool.

The early pagans of the Ukraine believed that eggs were a symbol of nature’s rebirth after winter’s end. They decorated the eggs in the pysanky style with colors and symbols that had meaning to them. The designs and symbols were specific and thought to protect them from evil spirits, avoid catastrophe and bring good luck. As Christianity became the official religion of the state in 988, the symbols later turned to represent Christ rising from the tomb.

Traditionally, pysanky are made during the last of the Lent season, referred to as the Holy Week. Women would select the most perfectly shaped, fertilized eggs and then collect berries, bugs, bark, roots, flowers and seeds to create the colorful dyes for making pysanky. Women would gather in secret after the children had gone to bed. They would say prayers and then begin the to decorate the eggs for many hours. Some pysanky can take anywhere from 5 to 14 hours to complete. When the eggs were completed, they were taken to church and would be blessed and then given as gifts. The art of pysanky takes a lifetime to perfect. The traditions and secrets of this ancient art form are handed down from mother to daughter for many generations. 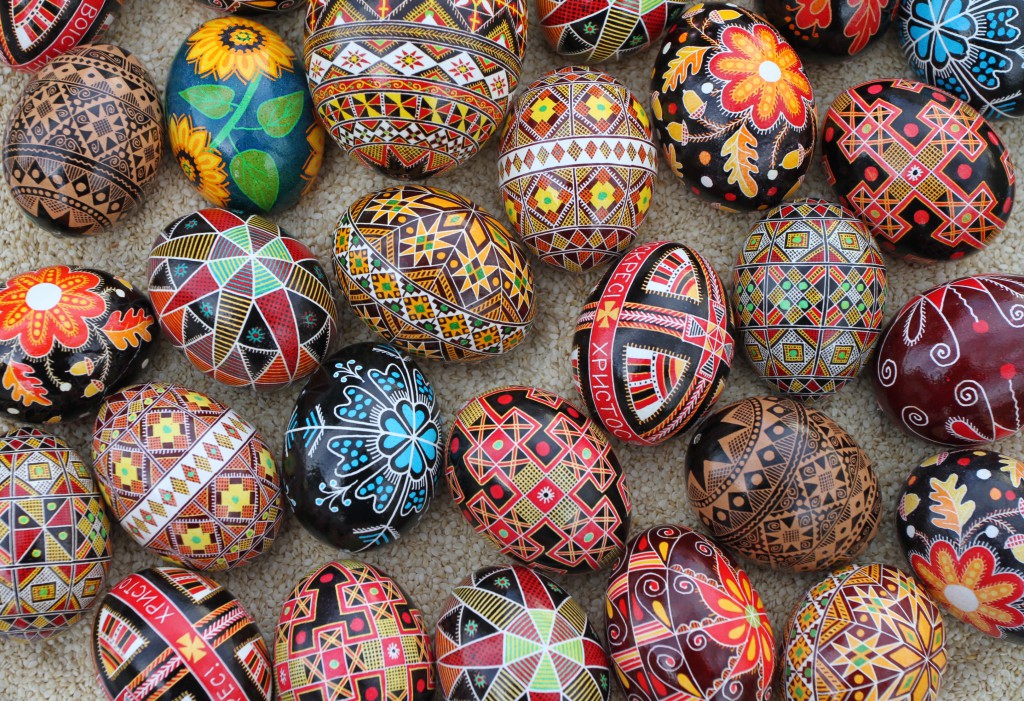